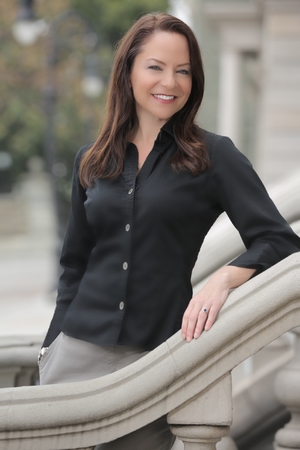 Jennifer Oswald is the Vice President of Stage & Backlot Operations. With more than 20 years of production experience, Jennifer leads the team responsible for providing best-in-class support and customer service for every production that films on the Lot.  From the initial inquiry and location scout through physical shooting and final billing, her team supports productions every step of the way.

In 2018, Jennifer joined the NBCU/Snap joint venture making original short-form digital content as Executive in Charge of Production.  In 2020, she headed back to Studio Operations to oversee the Centrally Managed Crews initiative.  In addition, she centralized the company's stage bookings for all content divisions worldwide. Through the years, she's developed relationships and collected information on approximately 1,500 stages around the globe and has implemented strategies to assist our content creators with finding suitable shooting space. Jennifer's career has come full circle and she is excited to continue to be a part of the growth within West Coast Studio Operations.

Jennifer resides in Los Angeles with her husband Jarrod and is an avid world traveler. She earned a Bachelor of Arts Degree from Pennsylvania State University and a Master of Liberal Studies from the University of Southern California. 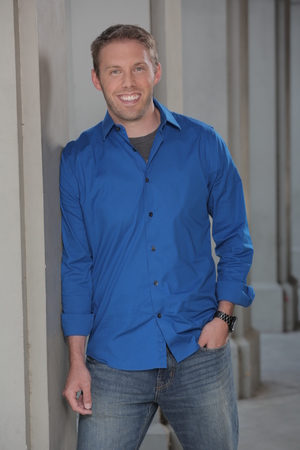 Kyle Beck began his career with Universal Studios in 2010, as a Studio Tour Guide with the theme park. With a deep knowledge and passion for film and television, Kyle was promoted to serve as a top-tier VIP guide and trainer, tour emcee, and as a private celebrity escort for many high-profile guests visiting the park.

His experience and knowledge of the inner workings of the lot brought him to Stage and Backlot Operations in 2014. After climbing the ranks in a new department, he currently works a Production Services Representative, servicing shows like The Good Place, E! News, STEVE, while also working with countless other commercials, still shoots, and music videos. He has also worked on several exciting features including “Bird Box”, “First Man”, “Welcome to Marwen” and “The Laundromat”. Kyle works hard to contribute to and continue the legacy of excellent customer service that the studio is known for.

He received his Bachelor of the Arts degree in 2009 from the University of San Diego. 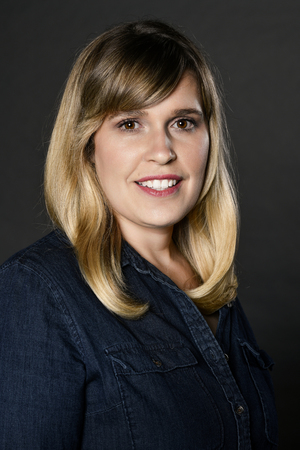 Maleah Butcher has been involved in the entertainment industry for over a decade.  She graduated from college with a photography degree and moved to Los Angeles from Williamsburg Virginia, in 2008.  Maleah began working for WireImage, photographing celebrities then transforming her career and jumping into production. She began her TV career working as a transcriber on the hit show Hell's Kitchen.  She loved the energy and fast pace of the production world, and sought out every opportunity to learn the art and science of making great film and television.  In pursuit of that goal Maleah worked as a production assistant working her way up to line producer on a variety of award winning shows including Hell's Kitchen, Face Off, The Amazing Race, Hollywood Game Night, The Wall, American Ninja Warrior, and The Cowboy Way Alabama amongst many others.

As a Production Services Representative with NBCUniversal, Maleah has worked on commercials for multinational brands like Netflix, Dr. Pepper, Walmart and Ford, music videos for artists such as Taylor Swift and Christina Aguilera, TV shows like Good Girls, I Feel Bad, Making It, Dirty John and features including The Purge and Hobbs and Shaw.

She continues to excel at NBCUniversal by maintaining her steadfast passion and love for the ever challenging industry. 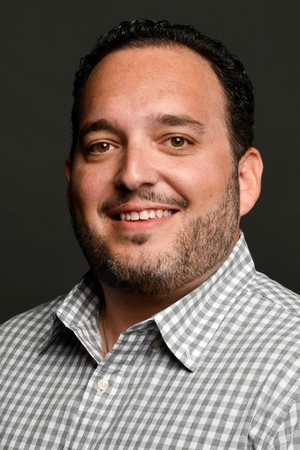 Originally from Chicago, Adam graduated from Marquette University in 2006 with a degree in Broadcasting and TV Production.  He got his start at ESPN in Chicago working as a production coordinator on shows like "Around the Horn" and "Pardon the Interruption."  After four years in sports TV he decided to take his talents to the west coast and get into the entertainment industry.

In 2011, Adam began grinding for years as a TV production assistant all over L.A. working in production offices, art departments and sound stages on most of the major studio lots, until he landed a permanent position on NBC's "The Voice."  While working 16 seasons of the show, Adam worked his way up to Production Manager where he worked closely with the Universal Studios Stage and Backlot Operations team.

That experience led him to join the team as a Production Representative in 2019 and he is now the Production rep for "The Voice" among other various productions.  Adam's well rounded experience in production is a vital asset in servicing all types of clients - from TV to commercials, music videos and feature films. 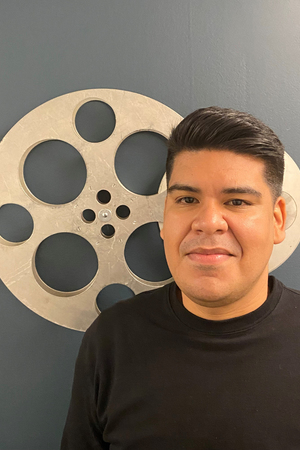 Michael Marin started working for Universal Studios in 2005 as a Front Gate Ticket Seller for about 7years. While working there he attended California State University Los Angeles and graduated in 2011 with a Bachelor's degree in Business Management. Then in 2012 he got hired to work as a Admin Assistant for Citywalk Management where he worked until 2015. Then got promoted to work as a project coordinator for the Citywalk management team where he budgeted capital projects. 2018 he applied for the production services coordinator where he gained knowledge of the production world and became a Production Rep in 2021. 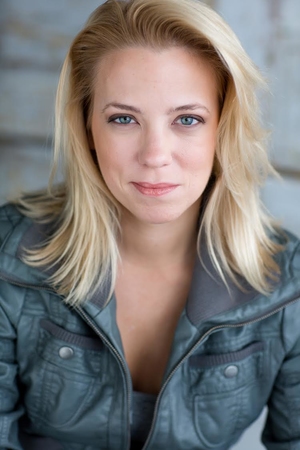 Ashley Love began her career at Universal Studios Hollywood theme park in dual roles as a tour guide and as a stunt performer in Terminator 2: 3D-Battle Across Time. An avidity for classic television and a collaborative working style helped Ashley quickly rise to the top. She became head trainer at the Studio Tour and VIP department, teaching hundreds of new guides over the span of eight years. She also became the go-to guide for executive, celebrity and high-profile guests both in the theme park and on the Backlot.

Ashley has worked as a television production/writer's/director's assistant and coordinator at various studios around Los Angeles. In her time working for the Dolby Theatre, she provided excellent guest service and was a VIP liaison for numerous movie premieres, award shows, and the annual PaleyFest. Each year, she dons a ballgown as one of the first faces to greet nominees at The Academy Awards.

In 2021, Ashley was thrilled to return to the Comcast NBCUniversal family as a Production Services Representative putting all of her past experience to use in creating the best experience for all productions.

Ashley has a BFA from Emerson College in Boston and an MFA from PACE University in New York City. 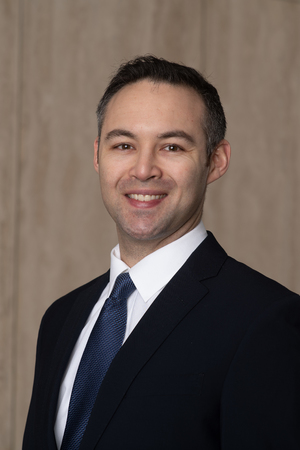 Christopher Stokes joins the Stage and Backlots team from our own Production Office Services Department here at NBC Universal. He has spent over a decade working in the entertainment industry, primarily focused on television and commercials. As a freelancer during such time, he had the pleasure of working with a variety of television production entities such as Fox Studio Lot, CBS Studio Center – Radford, and Nickelodeon Studios, and commercial companies like Radical Media, Biscuit, Caviar and Bob Industries, among others. This experience taught him how to anticipate, accommodate, and respond to production needs however necessary to quickly adapt to ever-changing production environments. He is a graduate of the Academy of Art University, San Francisco where he earned a Bachelor of Fine Arts degree. In addition, he completed the Professional Program in Producing from the University of California Los Angeles. Originally from Texas, he has made Los Angeles home and looks forward to continuing to provide excellent customer service for the lower lot. 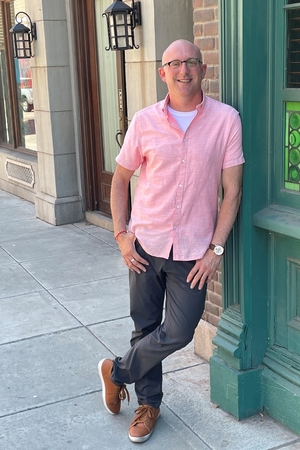 Mariano Federovsky began his career at NBCUniversal in 1998 as a Spanish Tour Guide on the world Famous Universal Studios Hollywood Tram Tour, where he thoroughly enjoyed showing guests one of the most famous studio backlots in the world.  Since then, Mariano was part of Universal Studios Hollywood's Human Resources Department where he worked as Employee Services and Engagement Manager planning internal events like the Wizarding World of Harry Potter's Team Member Preview more than 500 other employee events.  While working at Universal Studios Hollywood, Mariano completed his Bachelors in Film from California's State University Northridge with an emphasis in Television Production.

Mariano has also been involved with the OUT@NBCUniversal Employee Resources Group for more than 2 decades, and has been the Hub Leader of the Southern California Chapter since 2018.

Mariano loves working on the backlot, but when not at work he enjoys baking, listening to country music, and traveling to his native land of Buenos Aires, Argentina.